I cannot get over this surprise proposal session!!! These two have been best friends since high school and were even next door neighbors. For 10+ years they have been close friends and both joined the Navy where they were stationed in different areas. Mereily was stationed in Hawaii and Enrique was in Japan! Years later when they visited their hometown they reconnected and instantly were inseperable! Mireily said after seeing him she knew she wanted to be with him and felt truly like a hallmark movie!

Now, they are spending time together in Hawaii. Showing Enrique where she was stationed and spent her time out on Oahu, Hawaii. They had booked a couples session and meanwhile Enrique was planning for more than just a couples photoshoot. While Mireily was busy sending me photos of the outfits she had in mind and asking for suggestions Enrique was messaging me asking if he could propose during their photoshoot!!! Of course I said HECK YES!!!!!

Leading up to the session I was so nervous for him and how it would all fall together. We showed up at the shoot and got some STUNNING photos in. While Mireily was taking off her shoes he had whispered to me asking where he should propose at the first or second location! I naturally said the second location.

However, during our first location we ended up walking towards the cliffside and Mireily kept telling me how gorgeous it was and how she saw a couple get engaged on the cliffside the other day and was in awe. It was obvious she LOVED that exact spot. I turned to him and said NOW. Propose now!

He rushed and stuck the ring box in his pocket and I had set her up near the cliffside with her back towards him and facing the ocean. I told her he would sneak up and tickle her from the back. Meanwhile Enrique got on one knee, tugged on her dress and she turned around in literal SHOCK!!!! SHE WAS SPEECHLESS. I couldn’t imagine a more perfect moment and we ended with photos during sunset in the water. Do I have the best job in the world or what?! I am so grateful for these two lovers and how insanely PERFECT this turned out just hours before hopping on their flight and heading back home. Congrats you two!!!!! xx 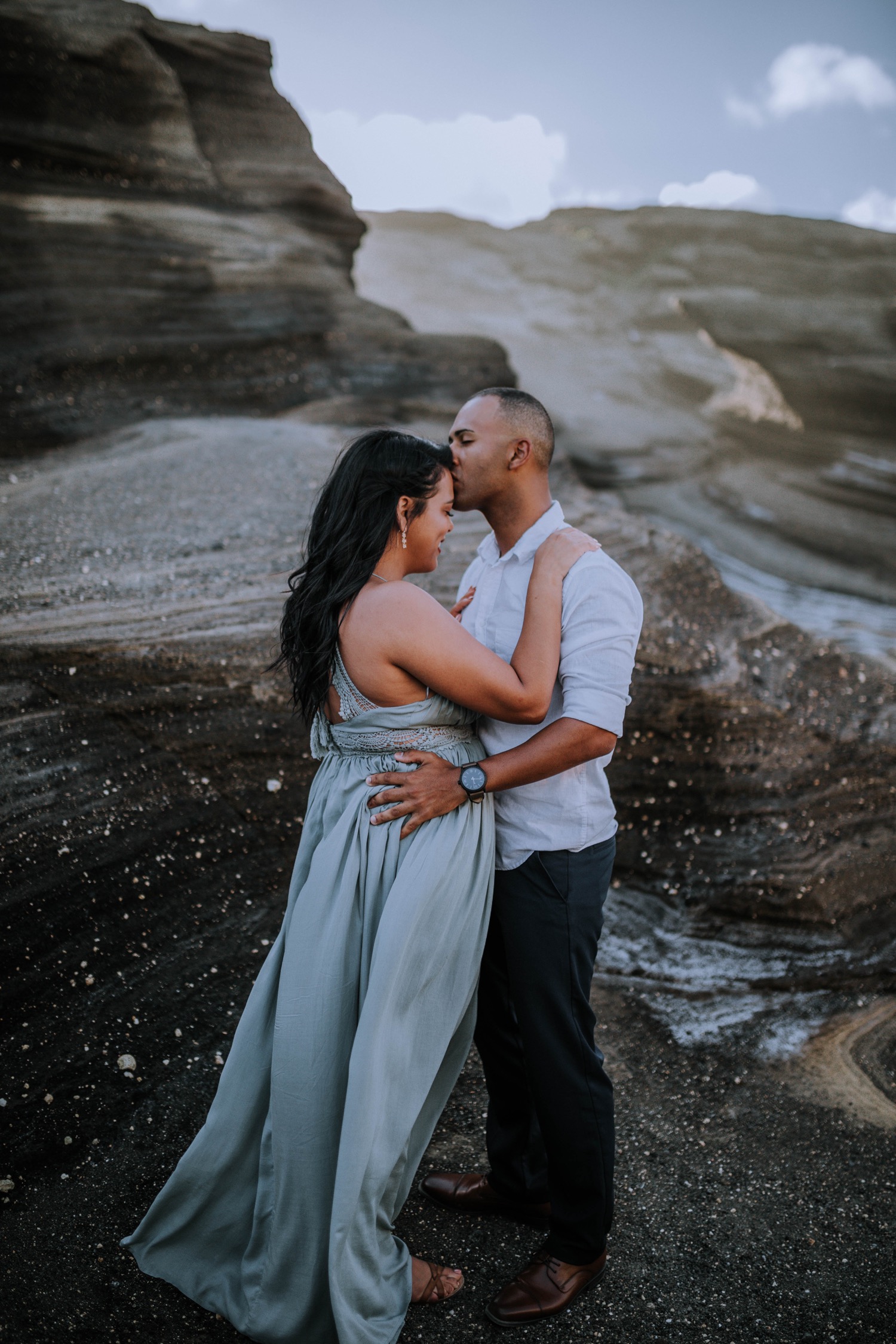